The Cardinal Consort of Viols was formed in 2007 to re-create music’s past and enliven its present. The group’s repertoire ranges from the last strains of Flemish polyphony to the golden age of English renaissance music, and from the flowering of 17th-century baroque to innovative renderings of later music when viol consorts were a nostalgic memory in the minds of writers and composers. The last several seasons have been increasingly busy ones for the consort. In addition to its own annual Thanksgiving Eve concerts, the ensemble’s performances have been hosted by several concert series, including Music Mondays, the Toronto Early Music Centre’s Musically Speaking, and the Associates of the Toronto Symphony. Cardinal Consort has also performed with several choirs, among them the Toronto Chamber Choir, Tallis Choir, and the choir of Royal St. George’s College. The consort has twice been the guest-artist ensemble of the Toronto Continuo Collective and has also given many popular and engaging performances and demonstrations at the Toronto Early Music Fair. 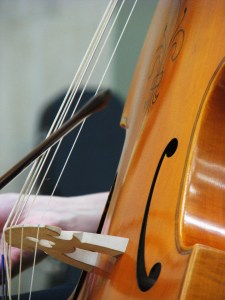